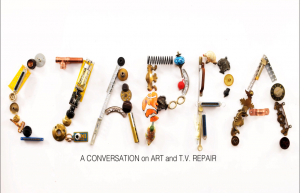 Blueyed director Ric Serena just released his newest short film, CZAPPA, which premiered at Dances with Films and was selected as a Vimeo Staff Pick. The film focuses on Bill Czappa, a television repairman, but his true passion is creating scuplure from found objects. Bill’s repair shop doubles as his gallery and supplies materials to build his art, but as consumers are more inclined to replace electronics rather than repair, Bill reassesses the expense of his creative endeavors. Check out the trailer here.