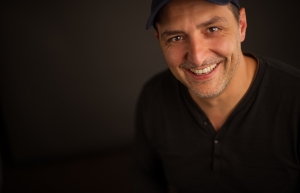 Ric Serena is an Emmy nominated director with an unmistakable visual signature. His unique focus on documentary productions, has led to a plethora of success including his newest short, "CZAPPA" , which premiered at Dances with Films. He has also been tapped to produce and direct an hour-long documentary for KCET. Ric's storytelling ability has given him an opportunity to direct the promos for Nickelodeon's new series, 100 Things to do before High School, and direct two promos for CBS that have earned a place as finalists for the Promax Awards. His documentary style and collaborative approach allows him to adapt when it serves the best interest of the story and his extensive award-winning background as an editor provides a solid foundation to visualize the end-goal before ever stepping on set.  Check out more of his work here.