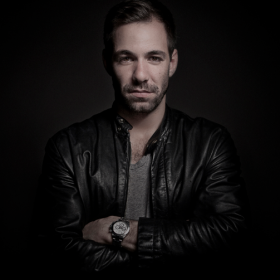 Director Herbert James Winterstern (Jamie) brings a fresh, distinct approach to the art of filmmaking. Born and raised in Montreal, Canada, Jamie was exposed to movies far beyond his years at an early age. What began as a late night hobby watching Steven Spielberg’s classics with his father, quickly turned into a passion Jamie would pursue throughout his childhood and eventually cultivate into his career.

Jamie also expanded his reach to commercial work and has directed, edited and produced eight commercials for companies in multiple industries over the past year.

In spring 2013, Jamie wrapped his first television series work on "Siberia", in which he directed 5 episodes and is credited as a co-producer and lead editor for the entire 13-episode series. In May, NBC acquired the television drama series which will premiere on July 1 at 10 pm (taking over the spot held by JJ Abrams' show, "Revolution").
During the 2014 Sochi Winter Games, Jamie's Team USA Hockey Ad "Dear Canada" went viral online and was featured by various media including Sports Illustrated, USA Today, ABC World News and the Bleacher's Report.