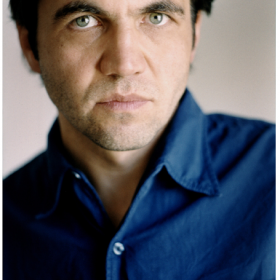 Josef Rusnak has established himself as a versatile director and outstanding talent among German filmmakers within the Hollywood community.

At age 25, he made his feature directorial debut with COLD FEVER, which won him the German film award for Best Director. He hasn’t slowed down since. He went on to write and direct several acclaimed productions including the THE HOUSE ON THE CANAL and PICNIC AT CHECKPOINT CHARLIE.

In 1990, one of his scripts got the attention of Robert de Niro’s company, TRIBECA. In 1991, Josef reunited with Roland Emmerich from his film school days and they began developing several projects.

In 1994, Josef directed his first English script, QUIET DAYS IN HOLLYWOOD starring Hilary Swank. In 1997, he co-wrote and directed SQUADRON, Germany’s most successful and highest rated TV movie of 1997. That same year he was 2nd Unit Director for Roland Emmerich’s GODZILLA, gaining valuable experience working with the studio system

In 1998 he developed, co-wrote and directed THE THIRTEENTH FLOOR, a Columbia Tri Star Production (starring Craig Bierko, Gretchen Mol, and Vincent D’Onofrio). It was released in 1,800 screens on Memorial Day 1999.